Benjamin Tissoires is a kernel developer (beard, glasses, but no pony tail). Primarily, he works in the kernel input stack (input or HID trees), he also had to work on various other subsystems in the kernel (I2C, ACPI). His dedication to the community has been rewarded and/or punished by being appointed HID co-maintainer/designated reviewer.

Working at Red Hat for nearly 5 years now, Benjamin works closely with Peter Hutterer, the X.org input maintainer and often gives (bad) advice on what the input stack in user-space should be.

Together, they play a constant game of determining who’s fault it is when a touchpad or touchscreen doesn’t work. Oh, the fun they have.

Steven Rostedt is one of the original developers of the PREEMPT_RT patch. He started working on it back in 2004 along with Ingo Molnar and Thomas Gleixner. He’s now the maintainer of the PREEMPT_RT stable releases. Using knowledge from his own kernel tracer while porting the PREEMPT_RT patch’s “latency tracer” to the mainline Linux kernel, it became what is now known as Ftrace (the official tracer of the Linux kernel). Steven continues to develop and maintain ftrace while also adding other nifty features to Linux. He created ktest.pl that allows automation of running kernel compiles, booting and calling tests. He is also the author of “make localmodconfig” that strips out modules from the kernel config file that are not being used by the system.

James Bottomley is a Distinguished Engineer at IBM Research where he works on Cloud and Container technology. He is also Linux Kernel maintainer of the SCSI subsystem. He has been a Director on the Board of the Linux Foundation and Chair of its Technical Advisory Board. He went to university at Cambridge for both his undergraduate and doctoral degrees after which he joined AT&T Bell labs to work on Distributed Lock Manager technology for clustering. In 2000 he helped found SteelEye Technology, a High availability company for Linux and Windows, becoming Vice President and CTO. He joined Novell in 2008 as a Distinguished Engineer at Novell’s SUSE Labs, Parallels (later Odin) in 2011 as CTO of Server Virtualization and IBM Research in 2016.

Kees Cook has been working with Free Software since 1994, and has been a Debian Developer since 2007. He is currently employed as a Linux kernel security engineer by Google, working on Android and and Chrome OS. From 2006 through 2011 he worked for Canonical as the Ubuntu Security Team’s Tech Lead, and remains on the Ubuntu Technical Board. Before that, he worked as the lead sysadmin at OSDL, before it was the Linux Foundation. He has written various utilities including GOPchop and Sendpage, and contributes randomly to other projects including fun chunks of code in OpenSSH, Inkscape, Wine, MPlayer, and Wireshark. He’s been spending most of his time lately focused on security features in the Linux Kernel.

Andrea Arcangeli joined Qumranet and then Red Hat in 2008 because of his interest in working on the KVM Virtualization Hypervisor, with a special interest in Virtual Machine Memory Management. Before joining Qumranet, he worked for SUSE for 9 years.  Andrea started working with Linux in his spare time shortly after first connecting to the internet back in 1996 while studying at University. He enjoys spending most of his time solving software problems and promoting the adoption of Linux, Free Software and Open Source software everywhere.

Thomas is the founder and CTO of Linutronix GmbH, a privately held Germany based Linux/FOSS service provider. He’s also a Fellow at the Linux Foundation. Thomas leads the effort of mainlining the real-time preemption patch set and is (co)maintainer of the x86 architecture, the generic interrupt subsystem and the generic timer/timekeeping subsystem in the Linux Kernel. He works since more than 30 years in the embedded industry and still has a strong affinity for mission impossible.

Maxime Ripard is an embedded Linux engineer and trainer at Free Electrons since 2011. Maxime has pioneered the support for Allwinner SoCs in the official Linux kernel, and is the co-maintainer of this platform. He is the primary author of the DRM driver for the Allwinner display controller. He also occasionnally contributes to other projects such as U-Boot, Barebox or Buildroot.

Johan Hovold has been working with embedded Linux since 2002, and for the last ten years as a consultant. He recently spent two years on Google’s Project Ara as kernel developer and tech lead for Greybus core. Johan is the maintainer of the kernel’s USB Serial and Greybus subsystems.

Sasha is the maintainer of the 4.1 stable tree, liblockdep, and the stable maintainer tools. Sasha is currently employed in Verizon Labs, where he works on cutting edge technologies for future products. Sasha was previously employed by Oracle, working in the Ksplice group that provides rebootless security updates to the Linux 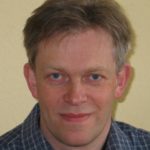 Werner Koch, born 1961, is radio amateur since the
late seventies and became  interested in software development at about the same time. He worked on systems ranging from CP/M systems to mainframes, languages From assembler to Smalltalk and applications from drivers to financial analysis systems. He is widely known as the principal author of the GNU Privacy Guard.

Kevin has been a Linux user since 1994, and a kernel hacker since 1999 when he started writing drivers and working on kernel ports to new embedded platforms. He has been a driver/kernel developer for Equator Technologies, MontaVista, Texas Instruments, MontaVista, Linaro and currently works at BayLibre, an embedded Linux consultancy.

Kevin is also a maintainer for various parts of the upstream Linux kernel. He helps maintain the arm-soc tree, the Generic PM domains subsystem, the Adaptive Voltage Scaling (AVS) subsystem, Amlogic SoC support, and the PM core infrastructure for TI SoCs. He is also an active reviewer of PM infrastructure for new SoCs and a key contributor to the kernelci.org project.

Hans Verkuil started contributing patches to the MPEG encoder/decoder ivtv driver in early 2004 and it snowballed from there. Since 2013 he is the video4linux co-maintainer responsible for V4L2 bridge drivers and video receivers and transmitters. Since 2016 he also maintains the HDMI CEC framework. He lives in Oslo, Norway, working as a senior R&D software engineer at Cisco Systems Norway, developing – surprise! – video4linux drivers.

Sjoerd has been playing with Linux for almost 20 years, including 16 of those as a Debian Developer. A common focus in all those years has been on building complete systems rather then any particular component. This has led to an assortment of small contributions to projects all over the linux ecosystem, e.g. u-boot, the Linux kernel, systemd, pulseaudio, gstreamer and many more. For the past 10 years he has worked for Collabora, leading the Core systems team, and recently focusing on system test automation.

As an expert in security and network, Eric Leblond is a software developer in users and kernels Netfilter, the Linux firewall layer for nearly 10 years.

He specializes in the interactions between kernel space and user space.

He is co-founder of Stamus Networks, Suricata developer and Netfilter coreteam member.