He is one of the founders of EXOSEC(managed security services and audits network level), then HAProxy Technologies (formerly Exceliance) that develops that develops appliances for load balancing combining Linux and HAProxy which he is the author.In August 2006, he became the maintainer of the 2.4 kernel and later, 2.6.27 and 2.6.32 of the branches, which are ultra-stable base for his company’s products.

François has committed rather questionable quality patches on the linux-kernel mailing-list in 2000 before moving back in netdev where he is contributing to several network drivers.

François will give this o talk out of any professional or associative framework.

He is a Linux kernel developer at Linaro. 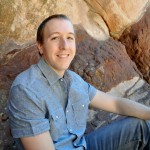 Mike is an embedded Linux veteran with work experience ranging from a large semiconductor manufacturer to a small Silicon Valley start-up. Most of his focus has been on low level topics such as waking up new silicon, power management for complex system-on-chip processors and porting Android to various platforms. Mike also authored and maintains the Linux Common Clock Framework, and speaks regularly at conferences.

He recently joined BayLibre where he grows their US business and operations.

As an expert in security and network, Eric Leblond is a software developer in users and kernels Netfilter, the Linux firewall layer  for nearly 10 years.

He specializes in the interactions between kernel space and user space.

David is an embedded Linux developer at heart. He is the author of the JFFS2 flash file system, and has been playing with the Linux kernel since 1995. He currently works for Intel’s Open Source  Technology Centre.

Jan Kara is doing Linux kernel hacking in file systems area over 15 years. He is the maintainer of ext3 file system, udf file system, and quota subsystem, working also on other file systems, writeback logic, notification framework, and other miscellaneous stuff. Currently he is working as a kernel engineer for SUSE.

Stefan Hajnoczi has contributed to Linux and QEMU since 2010. He helps maintain QEMU’s block layer, network subsystem, and tracing subsystem, and organizes QEMU’s Google Summer of Code and Outreachy involvement.

His current work in Red Hat’s virtualization team is on multi-core device emulation in QEMU and host/guest file sharing using vsock. In the past he has worked on disk image formats, storage migration, and I/O performance optimization.

Bruno Cornec has been managing various Unix systems since 1987 and Linux since 1993 (0.99pl14).
Bruno first worked 8 years around Software Engineering and Configuration Management Systems in Unix environments. Since 1995, he is Open Source and Linux (OSL) Technology Architect and Evangelist, initially for an HP reseller and now for Hewlett Packard directly in the HP/Intel Solution Center. Bruno is also the World Wide Lead for the HP Linux Community and Helion MVP.

Willian is a member of the Gandi.net team.

He is dedicated to the virtualization and hosting, he maintains and develop the platform.

Yves-Alexis works at ANSSI as deputy head of the Hardware and Software architecture lab. He’s a Debian developer and member of the security team. He’s mostly interested in the hardware/software interactions (like between devices and the kernel), especially at the security level.

has been a Linux kernel developer since 2001. He has written media-related Linux drivers for consumer and embedded devices and is one of the V4L core developers. Laurent is the founder and owner of Ideas on board, a company specialized in embedded Linux design and development. He has given Linux kernel-related talks at the FOSDEM, LPC and ELC. He currently works with the Renesas Linux kernel team where he develops a wide range of embedded drivers including DRM/KMS and V4L. 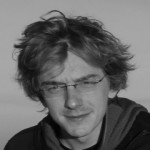 Jason Donenfeld is a security researcher and software developer, with a broad background of experience, both in the security community and in the open source world. He has worked with many severe vulnerabilities in widespread software projects, including the Linux kernel, as well as having extensive hardware reverse engineering experience. In addition to security work, Jason works on advanced mathematical and geometric algorithms as part of his day job.